5 Ways to Use Render Passes in Blender

Using Render passes can save us hours of work.

How many times you’ve rendered the animation over and over again just to get the motion blur right? Or set up the Depth of Field and turn on the render samples to some crazy 10000 to get rid of the noise?

Learn how to utilize some of Render passes to your advantage (especially like number 5 – because it’s sort of hidden).

Sometimes it’s called the Velocity pass. This pass represents the speed of moving objects and their direction. And you guessed it – here we have a motion blur solution for post-production.

In Blender compositor there is the Vector Blur node. And it does exactly what we expect.

2. Z Depth and Depth of Field

Cathedral model by Zuendholz on Blendswap (Used under CC BY)

Faking Depth of Field in post production is a very common technique. Realtime feedback and the ability to tweak the Depth of Field effect after rendering is just too tempting, you know.

As Z Depth pass contains the info about the scene depth – or a 3rd dimension – we can use this info to define the focus point for DOF effect. In Photoshop, Blender compositor, After Effects, Gimp and the other soft. 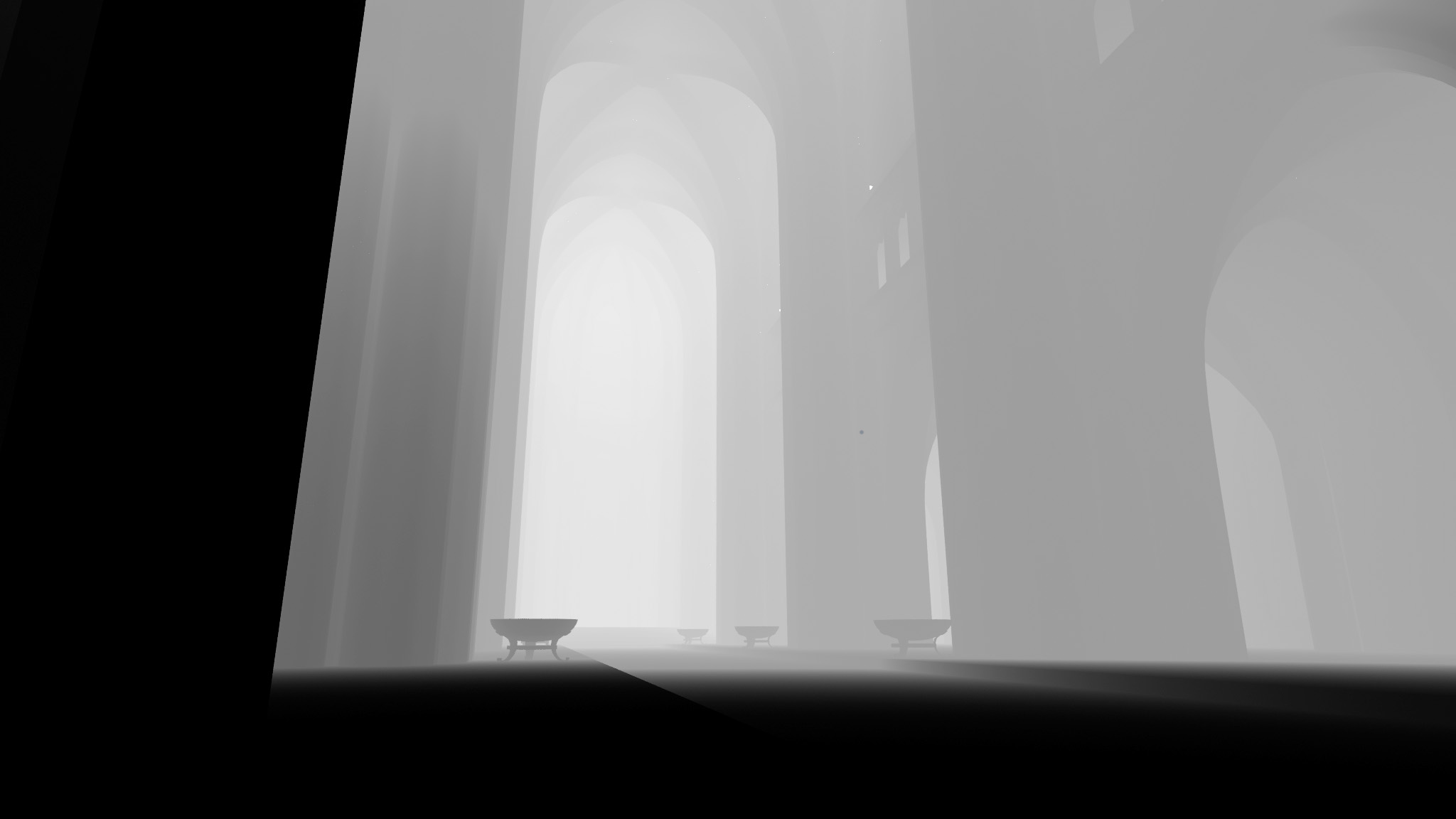 In Blender, we also have the Mist pass. Essentially, it’s the same thing as Z Depth, just anti-aliased.

Also, we can animate the effect.

It seems pretty natural that for simulating fog we can somehow utilize the depth information. Indeed, Z Depth (or Mist) pass can serve as a mask for this effect.

We can control the falloff of the fog using levels or curves adjustment. Or the color ramp node in Blender.

In CG world there is a good tradition to overlay ambient occlusion pass on top of everything. No surprizes, it’s just better with AO.

Before writing this article I had no clue about what is this misterious UV pass. But actually, Texture UV pass allows us to texture stuff in compositor!

What about overlaying the checkers? Awesome.

Know some other hidden render pass? Let me know.